Have you visited many Castles in North Wales? Has yours made it on to our top 10 list? Seaview Holiday Home Park is perfectly located to be the base to explore this beautiful region, with unrivalled views of the coastline and a peaceful sanctuary to return to, visiting all that North Wales has to offer has never been so easy. Seaview has so much to offer with a nature walk surrounding the park and every plot having a guaranteed sea view.

Wales’ Year of Legends is heading towards its half way point, now is the perfect time to share our list of the top 10 castles in North Wales to visit.

This fiercely contested strategic location has led to much bloodshed over the centuries, build by King Edward I, as part of his ‘Iron Ring’ of castles, construction started in 1277 and was completed in 1282. Edward diverted the river 2 miles to ensure ships could reach the castle for supplies, the castle also showcases the latest ‘walls-within-walls’ defence technology of the time.

Penrhyn Castle was built between 1820 and 1833, it’s known the unorthodox style that architect Thomas Hopper took. Hopper chose a neo-Norman design, over the popular and traditional Gothic style look of a castle, resulting in the beautiful building you see today. The castle is filled with a spectacular and fascinating collection of paintings and items, such as a one-ton slate bed that was apparently made for Queen Victoria. Visit the surrounding grounds and immaculately kept gardens, make sure to explore the jungle-esque Bog Garden, before discovering the industrial railway museum and model railway museum on the grounds. 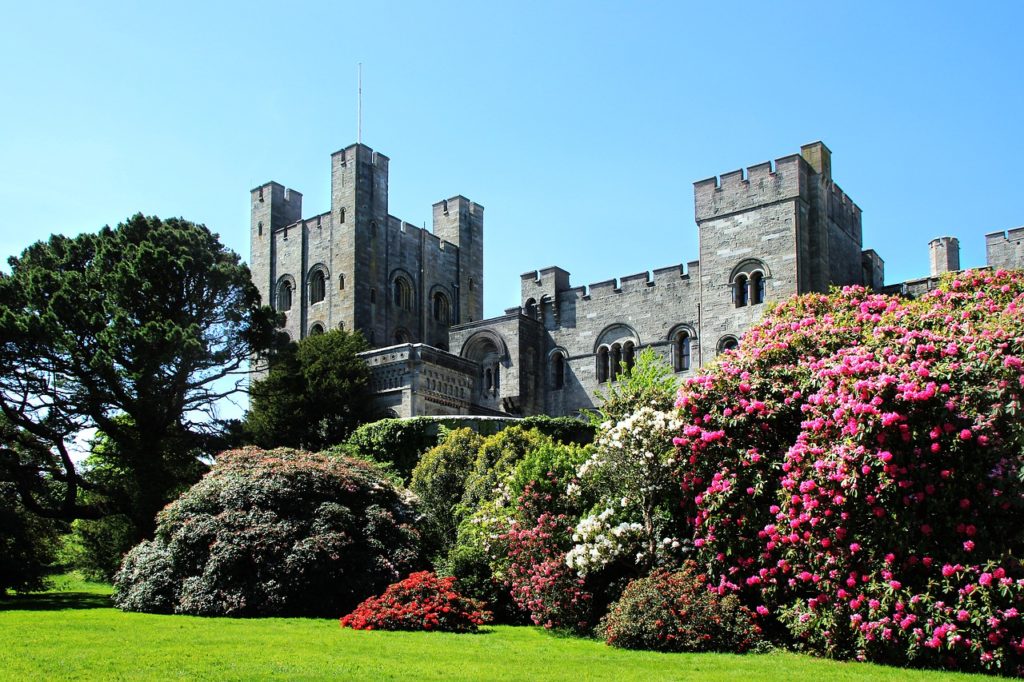 Built in the late 13th Century as part of King Edward I’s campaign, Harlech Castle keeps a watchful eye on the beautiful Snowdonia surroundings. Seeming to grow naturally from the rock it sits on, the castle offers a fantastic vantage point and was known as the most formidable of Edward’s iron ring castles. The castle was taken in 1404 by Owain Glyn Dwr, the famous Welsh leader, who held the Welsh parliament at Harlech Castle. Although a long drive away, it’s well worth the beautiful drive through the Welsh countryside to see this piece of history. 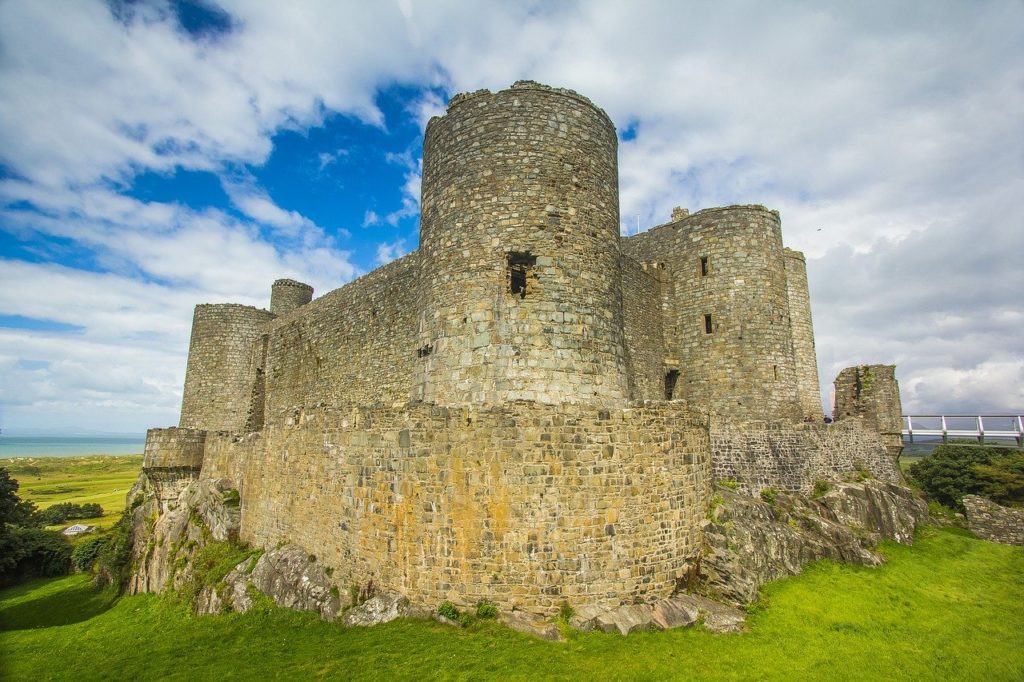 Flint Castle was the first castle built by King Edward I in Wales, starting construction in 1277. The views from Flint Castle are outstanding, seeing over the estuary, where you can see to the Wirral, England. The castle was built due to the last King of Wales, Llwyelyn ap Gruffydd refusing to swear allegiance to King Edward I, and inciting a rebellion in the Welsh people. Known for its Great Tower, a striking and solitary round tower, isolated from the rest and even features in Shakespeare’s Richard II play.

The ruins of Denbigh Castle crown a steel hill above the beautiful town, the castle is known for its striking triple-towered Great Gatehouse. To show a particular sign of dominance, it was built over the stronghold once held by Dafydd ap Gruffudd, who was the Welsh leader crushed by Edward in 1282. The castle is made of two different coloured stone, due to construction being interrupted in 1294 by a Welsh rebellion, and held by the nationals for a period of time.

Constructed between 1277 and 1307, Conwy Castle is estimated to have cost £15,000 (a huge sum of money in the 13th Century!) and was the most expensive of any of Edward’s iron ring castles in terms of the cost to design and construct. With 8 massive towers and a great bow-shaped hall, all inside the unusual elongated shape, due to the narrow rocky land it’s situated on, it’s easy to see why it cost so much. Inside the castle contains a great hall, chambers, kitchens as well as private chambers and a royal Chapel. The castle was sold in 1628 for £100, after the restoration of the English monarchy. 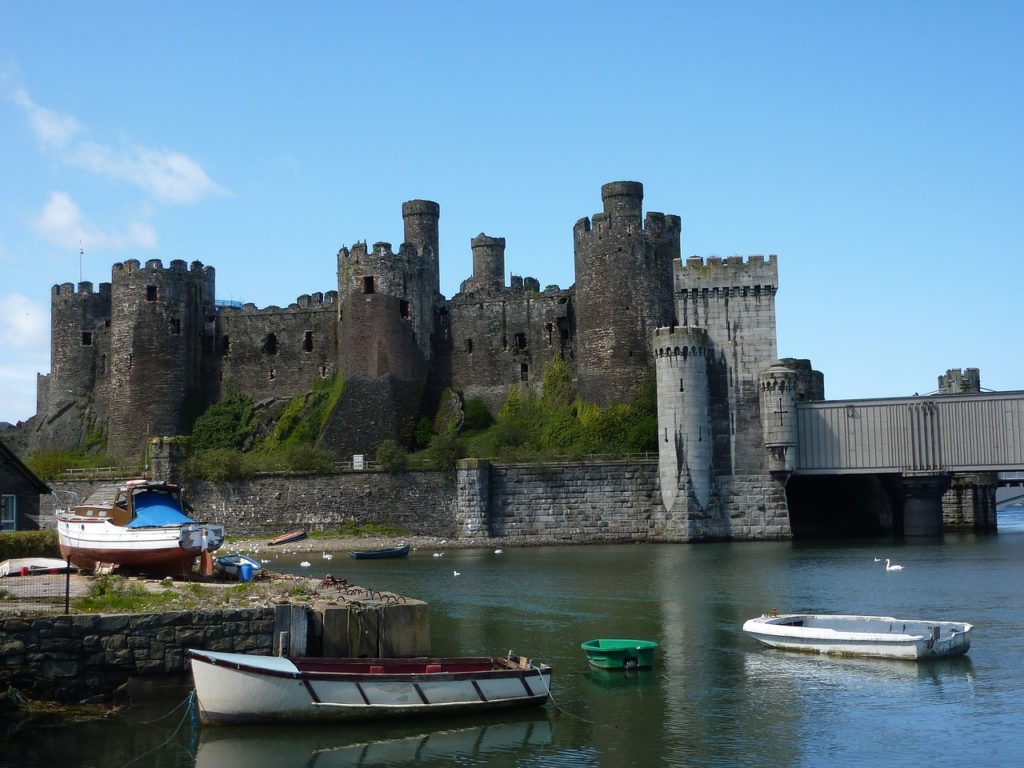 Construction started on Chirk Castle in 1295, originally built as a military fortress, it has remained continuously occupied as a castle or stately home for nearly 700 years. The location was carefully chosen to maximise its defensive capabilities, and the clever defences made up for lack of man power, with on a 20-30 garrison stationed there. 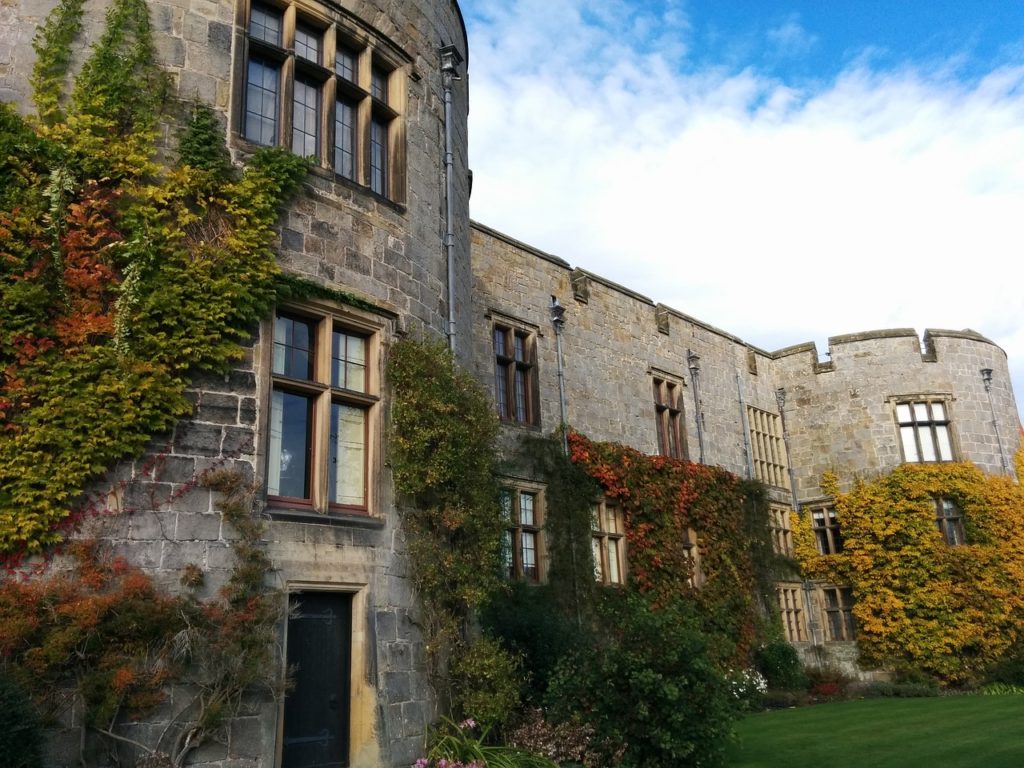 This unashamedly muscle-bound, and intimidating castle is a brute of a fortress. The polygonal towers are a break from the more usual round towers, and add to its size. With a castle this large it would have been a dominating, fear-inducing sight to any potential attackers. To show supremacy, King Edward I orchestrated the birth of his son, the first English Prince of Wales, at the castle in 1284. With the current Prince of Wales, Charles’ investiture taking place here in 1969. 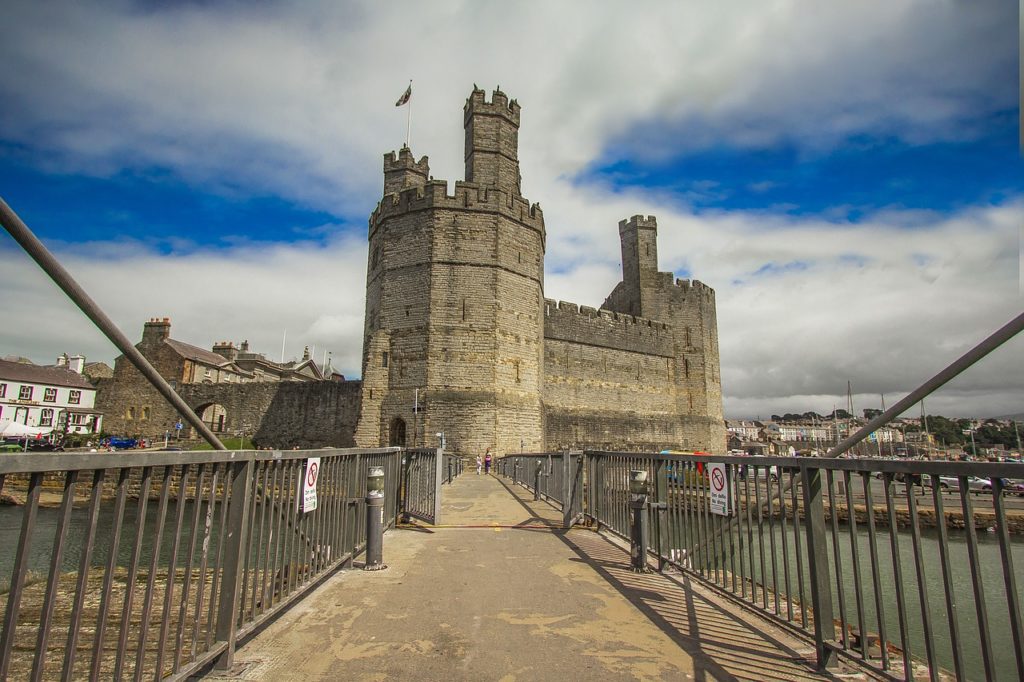 Hidden in a woodland area are the ruins of a beautiful castle, built 200 years before King Edward I started his ‘iron ring’ of castles. Ordered by William the Conqueror to keep the Welsh at bay, the Earl of Chester told his henchman, Robert of Rhuddlan to build a castle on the island of Anglesey in 1088. With stories of plunder, pirates and poison, visit this woodland area for a nature walk, views of the Menai Strait, and a true hidden gem of North Wales, the ruins of a 900 year old castle.

Possibly the most famous of all King Edward I’s iron ring castles, building started in 1295, but was never finished, with supplies and money running out before fortifications reached their full height. The last of King Edward I’s castle, Beaumaris overlooks the breath-taking mountains and sea, offering a perfect vantage point for all military operations. It was the King’s biggest and most ambitious castle that he undertook, with the ‘walls-within-walls’ design, and 4 successive lines of fortifications, making it state of the art for late 13th Century castles. 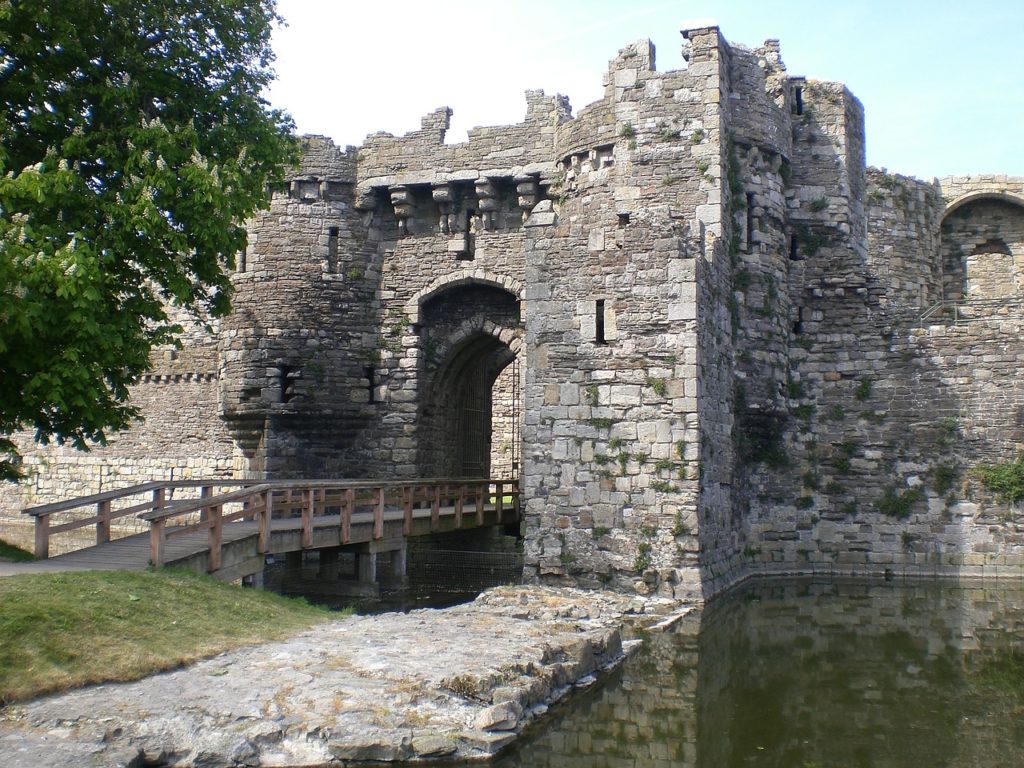 How many castles have you visited in North Wales? Owning your own luxurious holiday home at Seaview gives you the opportunity for endless holidays, whenever you chose, to discover all the hidden secrets of North Wales.

Our location boasts beautiful views, and is only 1 mile away from our sister park – Talacre Beach Resort, where you are able to take full advantage of the onsite facilities.

For more information about owning your own holiday home at Seaview, contact our dedicated and friendly Ownership Team on 01745858010, or via our live chat service, where a member of our team is ready to answer all your questions.

Find Your Epic with Wales’ Year of Legends!

Written by Jess Hawley • 3rd June 2017
share
back to blog