Bath Mill Lodge Retreat has loved helping the ‘Eel in the Classroom’ project with a release of the baby eels into our very own, beloved Newton Brook on 18th May.

Students from 13 schools across Somerset and the South West, were joined by some eager Bath Mill team members, to release some elvers (baby eels) in our Newton Brook on 18th May, where they will live and help the ecosystem and have a chance to help increase the endangered species population. 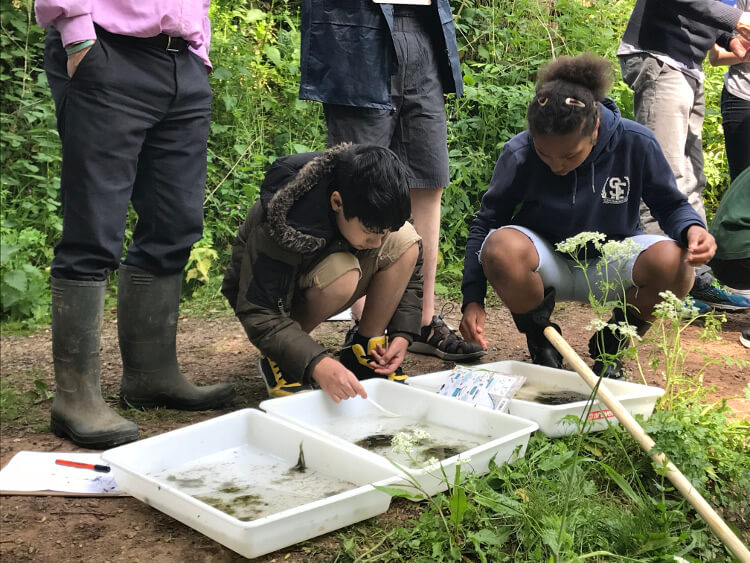 The ‘Eel in the Classroom’ project aims to inspire and educate children about all sorts of wildlife not only eels, in our local rivers and marine environments. The children from the 13 different schools spent 5 weeks nurturing, feeding and even naming the baby eels in their classrooms. They learned all about the history, habitats and natural behaviours of the (surprisingly) adorable elvers. 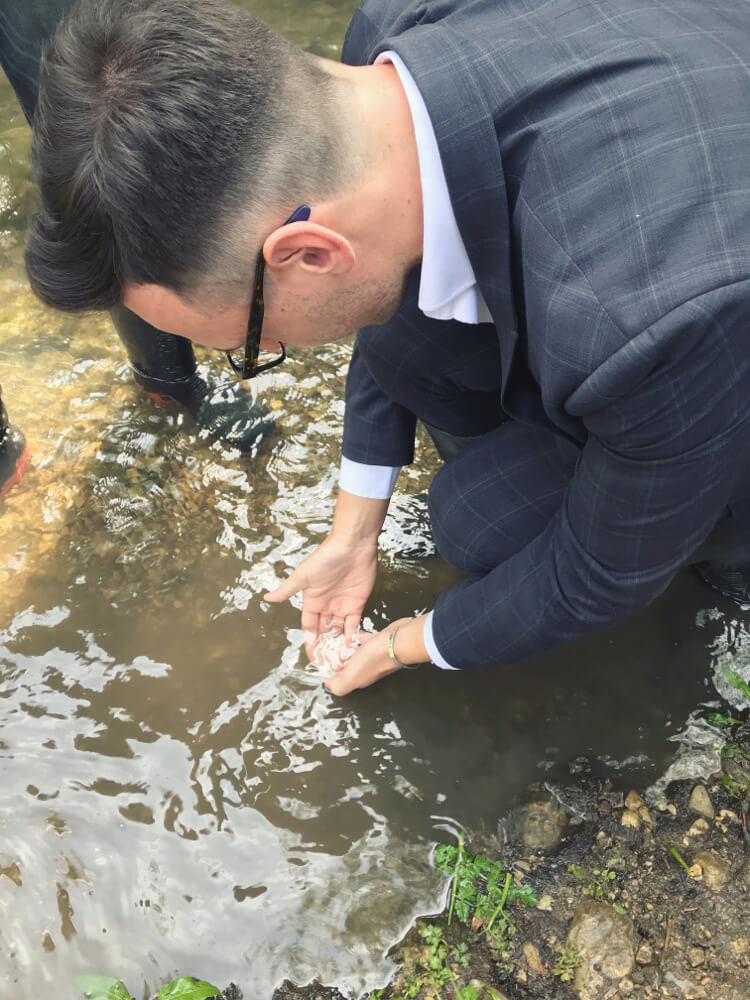 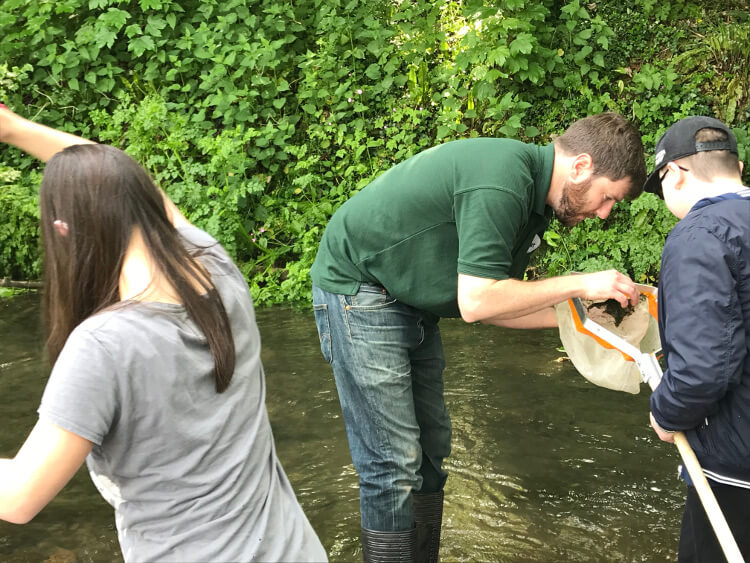 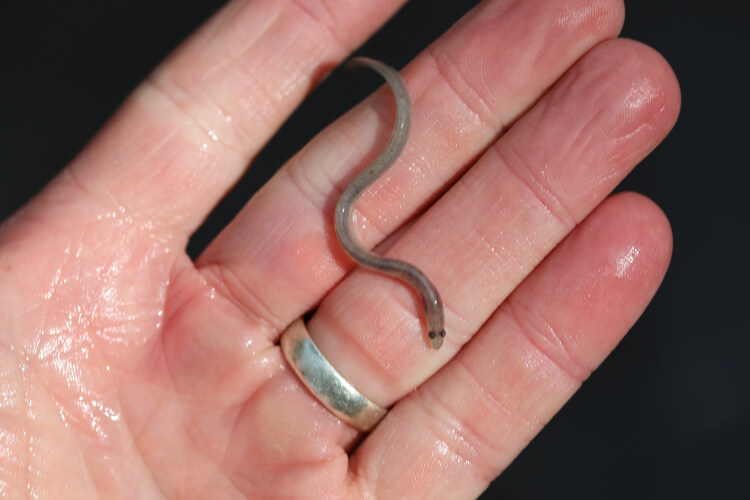 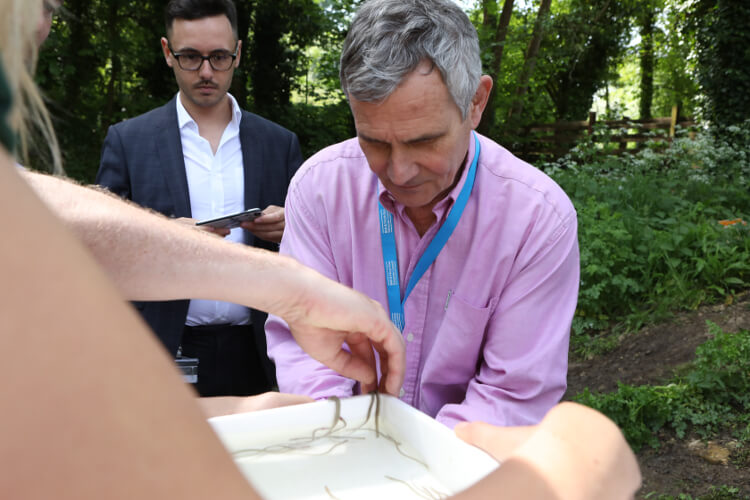 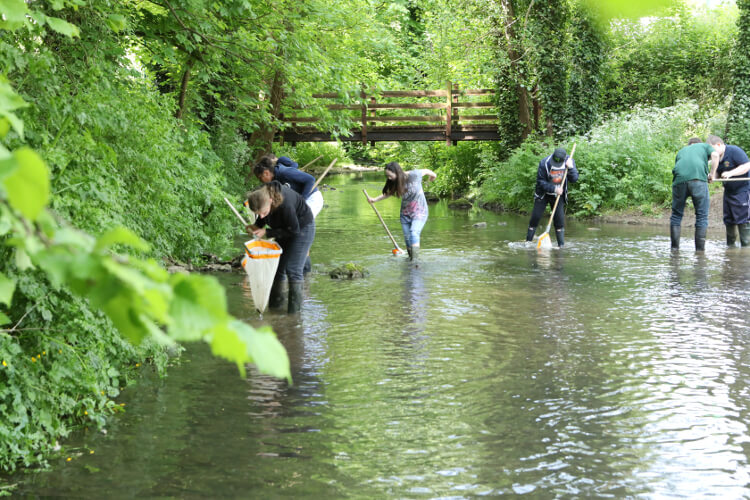 The eels will spend up to 20 years in the Newton Brook and surrounding river headwaters and ditches, after which they will embark on a 5000km migration to Sargasso Sea to spawn (a romantic journey worthy of Hollywood if I ever heard one!).

This really is such an important project to the European Eel Conservation work, as Eupropean Eels are currently critically endangered, as they lead a long and complicated life, with numerous hazards before them, it can be a difficult life (collective ‘awe’). Hopefully, our own batch of Bath Mill eels will fare well and enjoy the next 20 years yumming up all the goodies in our Newton Brook, and leading fairly relaxed lives in our luxurious park.

We would like to say a huge thank you to Bristol Avon Rivers Trust for including us in such a fun and important project to protect this species, as well as a big thank you to The Greggs Foundation who provided this years’ funding to the ‘Eel in the Classroom’ project.

As well as a huge thank you to Will and the team at Bath who are so willing to get involved and help a species in-need!