Get ready for an emotional rollercoaster ride as Calendar Girls the Musical opens in Llandudno. The award-winning musical written by Take That frontman, Gary Barlow and writing guru, Tim Frith, restores your faith in humanity, with timeless songs and fantastic comic timing all based on an inspiring and heartwarming true story.

For those unaware of the ‘Calendar Girls’, it all came about when a Yorkshire Women’s Institute group decided to raise money for a new sofa in a relative’s room of a hospital in memory of one of their members’ husbands, by doing a cheeky nude calendar!

They sold hundreds of copies and to date, the real-life ‘Calendar Girls’ have raised a fantastic £5 million for BloodWise, the UK’s specialist blood cancer charity.

Heading into Venue Cymru last night, I could feel that this show was going to have an impact on its audience. Walking through the doors, the atmosphere was electric and sunflowers (the key theme to the story) were dotted around the theatre setting the scene perfectly.

As soon as the curtains lift, you’re thrown into a beautiful backdrop of Yorkshire, the scenery was superb, so realistic yet practical and clever in not diverting too much attention from the importance of the storyline. 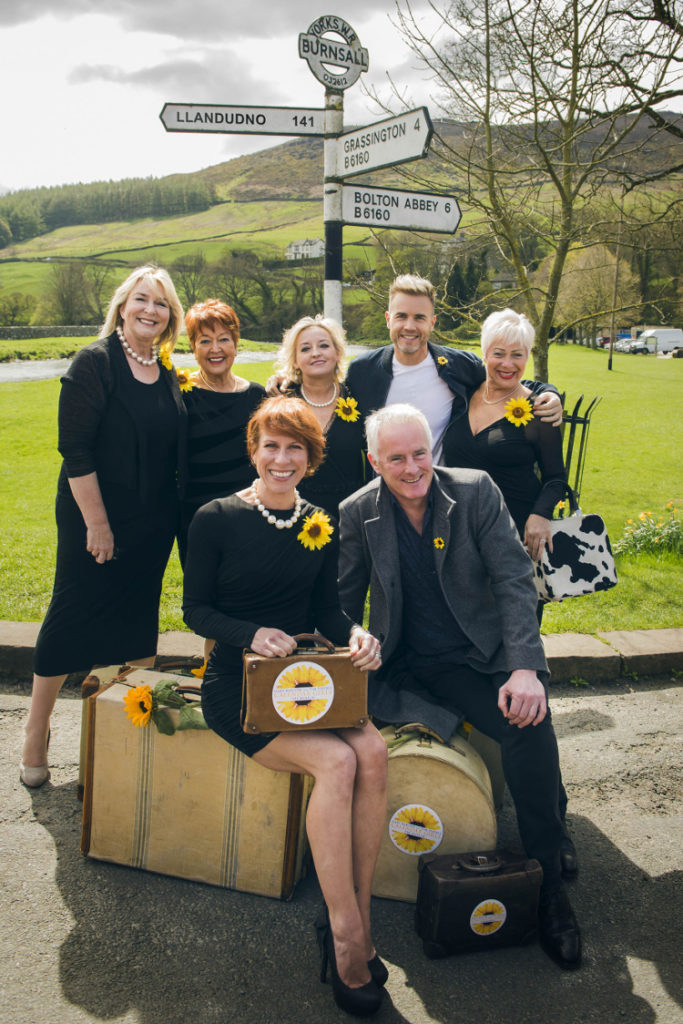 The ‘Calendar Girls’ were everything I hoped they would be. Anna-Jane Casey as ‘Annie’ plays out some heart-breaking scenes whilst her husband battles with cancer, Catherine Digges took on the role of Annie’s best friend ‘Chris’, who although isn’t the biggest fan of the more traditional elements of the WI shows true determination and grit when it comes to her bright idea to ‘bare all’ for the charity calendar.

Sara Crowe as ‘Ruth’ and Karen Dunbar as ‘Cora’ were two of my favourites on the night, their comic timing was impeccable and they both played such quirky characters but with true hearts. I’ve previously seen Ruth Madoc in other musicals but her performance as ‘Jessie’ in this production is right up there with her best, she’s a powerhouse to be reckoned with! Denise Welch plays the role of ‘Celia’ another fabulous comic performance and her rendition of ‘So I’ve Had a Little Work Done’ received some of the biggest cheers of the night!

TV presenter and author, Fern Britton also starred as the bossy new WI chair, Marie, who disapproves with the whole notion of the calendar – it was great to see her take on this feisty role.

The second half was when the show really came to life and the final scenes which saw the girls actually shoot the calendar received so much applause from the audience and constant laughter.

As an audience member being able to see a little bit of yourself in each of the ‘Calendar Girls’ definitely added to the empathy you felt for them all.

The cast did such a superb job of bringing the natural and authentic vibe of the Yorkshire village to life and the way they all bounced off each other and created that true friendship feel really added to the whole show experience. These women were incredibly inspiring, they helped to evolve the WI and in the process create SO much money for charity – they deserve only the best recognition for that and this musical did just that. 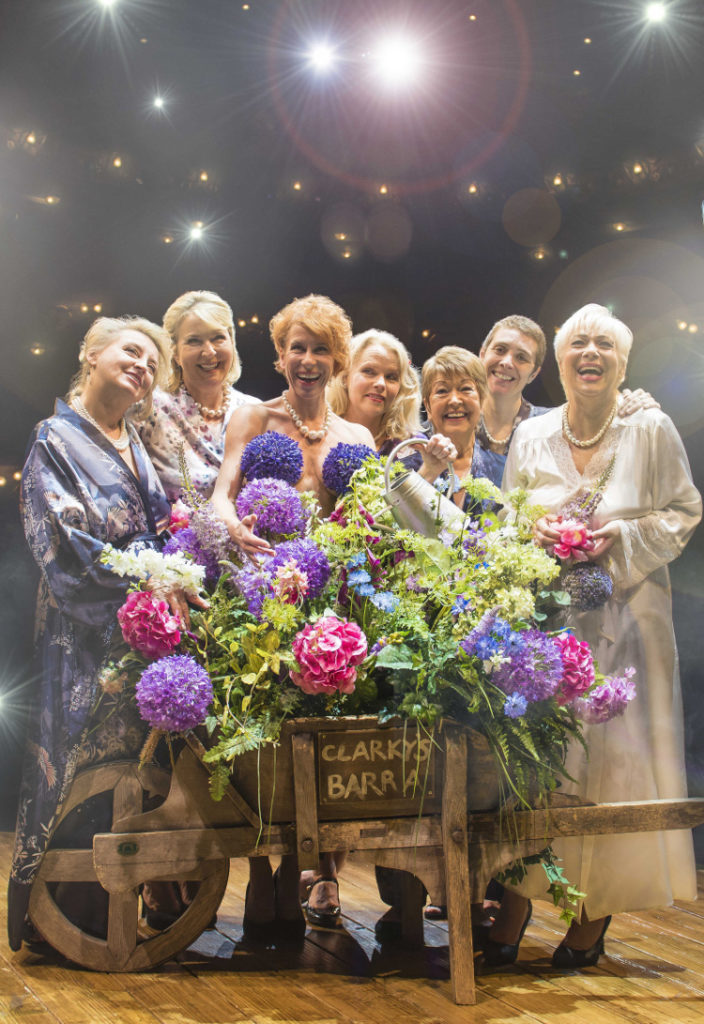 Watching a popular film be portrayed on stage can be daunting, as an audience member you’re never quite sure if you’ll fall in love with it as much as you did on the screen, but with Calendar Girls I felt like the essence of the film was still strongly there and the heart-breaking impact cancer has on loved ones and the surrounding village, showing their grief but also the fight in them all to overcome the bad parts of life.

The Girls musical is an honest, laugh-a-minute, heart-breaking production which will have you crying with laughter and then crying with heartache for the women in this fantastically inspiring story.

Calendar Girls the Musical is in Venue Cymru until October 27th. This is one musical you will not want to miss! Grab your tickets from the Venue Cymru box office on 01492 872000 or visit the website.

Written by Annie Roberts • 24th October 2018
share
back to blog