With watermelons galore, plenty of 60’s music and dance moves in abundance, the Dirty Dancing live stage show mirrored all the classic scenes from the hit 1980’s film and sent audiences wild when ‘I’ve Had The Time Of My Life’ started to be played and the iconic final scene began.

The American romantic drama follows the story of Frances (Baby) Houseman played in this UK tour of the stage show by Katie Eccles, who has featured in TV shows Mr Selfridge, Grantchester and Endeavour. At the age of 17, Baby takes a family holiday to New York’s Catskill Mountains with her older sister, Lisa Houseman (Lizzie Ottley) and parents Dr Jake Houseman (Julian Harries) and Majorie Houseman (Simone Craddock).

When she discovers that the staff of the resort are hosting an all-night dance party, she finds a new love for the world of dance and finds herself mesmerised by Johnny Castle, the resort dance instructor played by Lewis Griffiths, who has a string of theatre credits to his name including Jersey Boys, Ghost – The Musical and Legally Blonde. Baby’s life begins to change overnight as she finds herself thrown into being Johnny’s new leading lady both on-stage and off. 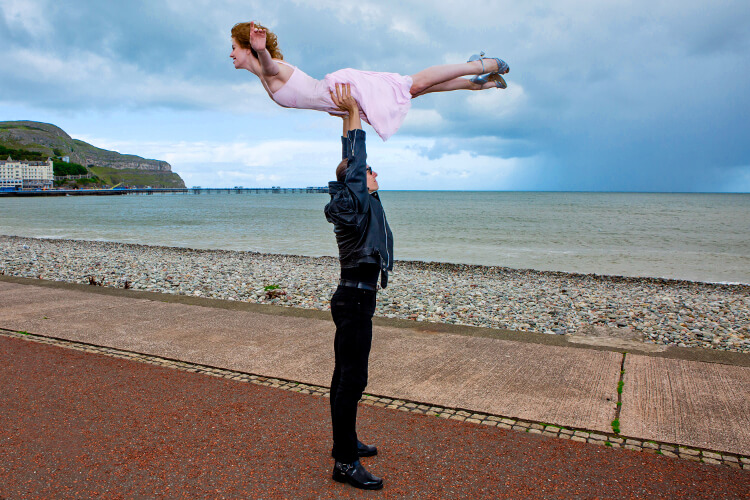 Lewis portrayed a fantastic version of Patrick Swayze, his posture and swagger was everything you would expect from the character of Johnny. Both Lewis and Eccles had perfect on-stage chemistry and executed the final performance with ease and electric energy, managing to pull-off the iconic lift.

The live band provided plenty of entertainment and songs performed included ‘Hey! Baby’, ‘Save The Last Dance For Me’ and ‘These Arms Of Mine’ which had theatre-goers singing along. The majority of the singing was performed by Michael Kent and Sophia Mackay, who both did a superb job and belted out some of the most memorable songs from the movie with their impressive vocal performances.

Fans of the film who were sat in the audience were delighted to hear the key lines being played out on stage and cheered for lines including ‘nobody puts Baby in the corner’ and ‘I carried a watermelon’. 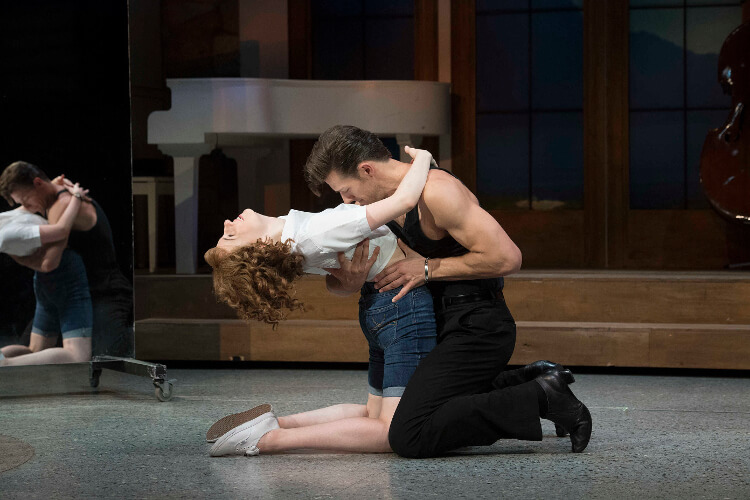 The whole show provided a treat for the eyes and ears with a brilliant set which turned to give a different setting for each scene and some amazing special effects allowing the cast to play out every iconic scene from Dirty Dancing, including the water scene where Johnny teaches Baby the all-famous lift.

The talent of the Dirty Dancing live cast was unbelievable to watch. Their athleticism is to be commended and they provided plenty of passion and romance – everything you want from the dancing classic!

This is definitely not a show you want to miss!

Dirty Dancing will be at Venue Cymru in Llandudno until September 16. To book tickets visit the Venue Cymru website or phone the box office on 01492 872000.

Written by Annie Roberts • 12th September 2017
share
back to blog