Ever wonder what Woodside Bay was like before Darwin Escapes? Once an abandoned and derelict park, Woodside Bay Lodge Retreat is now a stunning retreat on the Isle of Wight. Opening its doors in 2016, there was a long road for Woodside Bay’s Cinderella-like transformation, having seen a lot throughout the decades.

Captain Harry Warner retired from the Royal Artillery in 1925 and opened his first holiday camp in 1931, by the early 1970’s Warner Holiday Camps had grown to 14 parks.

Around 1960 the company purchased Woodside House on the North East Coast of the Isle of Wight, the house dated back to the 1850’s and was set in 30 acres of magical woodland. The site itself had been a naturist’s camp site since the 1930’s, briefly closing during World War II for use by the army, and being reopened after the war ended. 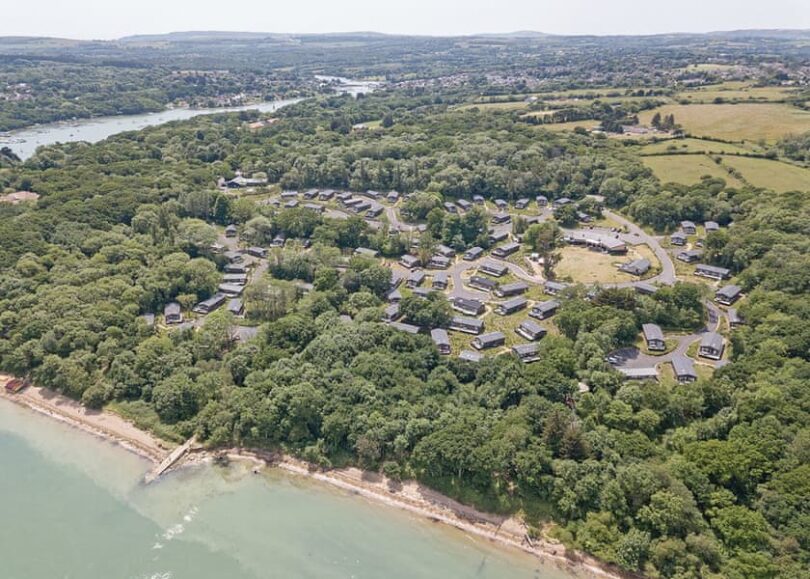 With a lot of local opposition, Warner began building in 1963, building a holiday camp for 650 people, with single, double and family chalets, most with private bathrooms, a luxury in the 1960’s.

The ancient house was demolished and replaced by the main complex building, including receptions, bars, a ballroom, disco, café, gift shop, games room and an indoor pool. The site also had an outdoor pool overlooking the beautiful Solent. The large windows in the complex provided unrivalled views of the Solent, there was always great excitement should the Queen Mary or Queen Elizabeth sail by.

In 1966 Warner Holiday Camps purchased the nearby Underwood park, including the surrounding woodland and field to the south of the camp. They built a footbridge over the footpath joining the two sites, this bumped the capacity of Warner’s Woodside to 950 people, making it the largest camp the company owned. The large campsite definitely didn’t deter the wildlife, with red squirrels regularly emptying the bins for food, these cheeky chaps are still around today, although no longer trying to steal food, but they often stop to pose for a photo! 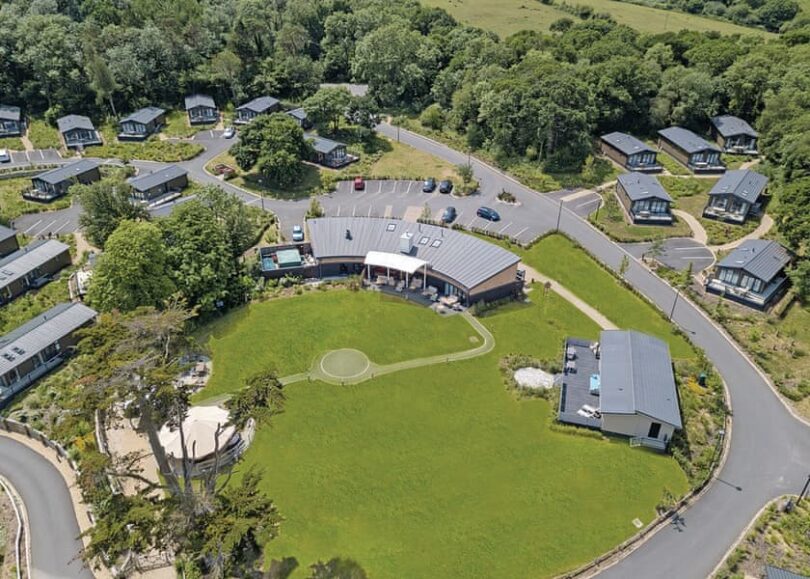 Warner sold their camps in 1981 to Grand Metropolitan, who closed the site in 1982 with the vision of upgrading the facilities, briefly reopening to house 160 police officers over the August Bank Holiday for the first annual ‘Scooter Invasion’ of the island. 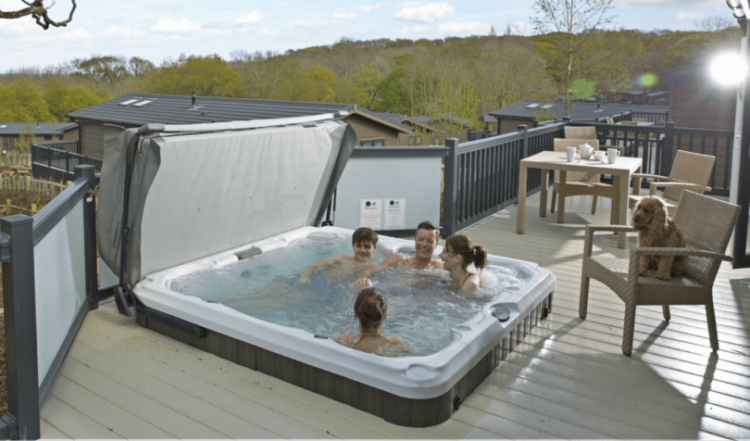 Grand Metropolitan never realised their upgraded vision, having been dealt a crushing blow in August 1985 when a fire completely destroyed the entertainment complex. The complex house furniture, carpets and a large amount of equipment, all that was left standing was a metal skeleton, with an estimated cost of around 1 million pounds lost to the blaze. Two months later another fire destroyed the catering staff quarters, with another fire in 1987 destroying more at this derelict park.

After the fire in 1987, Grand Metropolitan sold the park to the Roche Group, who gained planning permission for a new park but never realised the plans.

Darwin Escapes purchased the abandoned site in August 2010, which included the planning permission and having been through a lot of changes over the decades, the 35 acre land was in need of some TLC. 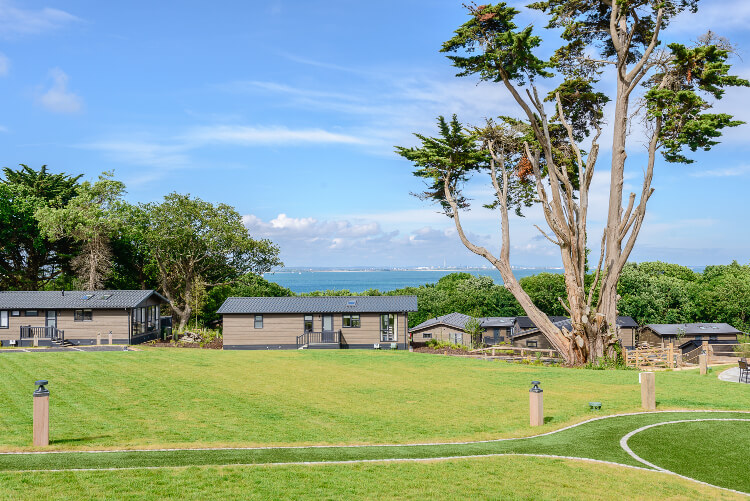 Darwin Escapes invested millions into the marshland, while working closely with the Natural England and Isle of Wight Council’s biodiversity officer, ensuring no important habitats were effected during the work onsite. While still maintaining the luxurious standard that other Darwin Escapes locations have.

Undergoing a multi-million pound redevelopment, Woodside Bay finally opened its doors in 2016, with luxurious family accommodation, including our romantic and one-of-a-kind treehouses. Our first class facilities include the Woodside Bay Spa Lodge, offering indulgent Aromatherapy Associates treatments, a state of the art gymnasium, equipped for all kind of workouts, and a choice of 3 restaurants onsite, all with beautiful views and stunning woodland surroundings. Make sure to explore the magical woodland, you may even see the beautiful glow worms shine along the path on warm summer night.

Woodside Bay Lodge Retreat is the little holiday retreat that could, having gone through so much to become the outstanding retreat on the Isle of Wight that it is today! Perfectly located on the island, where you can venture just 4 miles away to the popular harbour town of Ryde, or just 10 miles to bustling coastal village of Cowes, known for its yearly sailing regatta.