Get ready for the feel-good show of the year to hit Llandudno this February! Goodbye winter blues! Once Kinky Boots comes to Llandudno, you’ll be wanting to paint the town red!

Winner of every best major musical award, this British hit production, which is inspired by true events, is finally out on a UK tour. It will be visiting some of the Britain’s most loved theatres throughout 2019 including North Wales’ Venue Cymru in Llandudno. 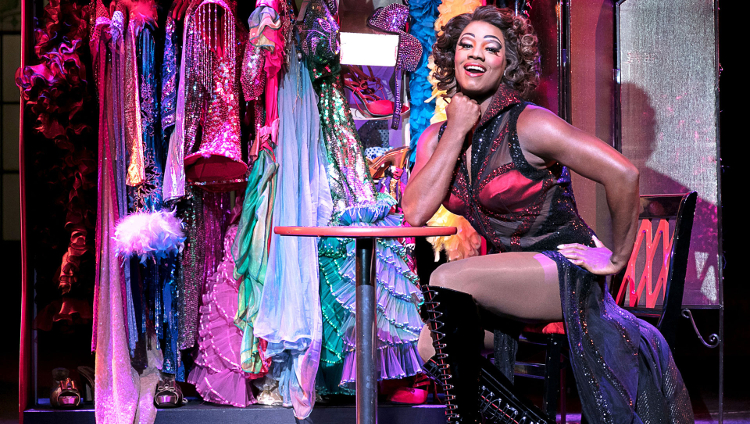 Get ready for a rollercoaster journey, starting in a gentlemen’s shoe factory in Northampton and ending on the glamorous catwalks of Milan. Kinky Boots follows the heart-warming story behind Charlie Price and how he is struggling to live up to his father’s expectations and keep the family business up and running. With the future of the factory uncertain a fabulous performer, Lola arrives in need of some sturdy new stilettos and so starts a whole new venture for the business!

Joining the fabulous Kinky Boots cast for this UK tour is Paula Lane best known for her role as Kylie Platt in the much-loved soap Coronation Street. She will be performing alongside Kayi Ushe (Simon/Lola) who has several theatre credits to his name including Motown the Musical and The Crucible and Joel Harper-Jackson known for roles in The Curious Incident of the Dog in the Night-Time and Jesus Christ Superstar will play Charlie.

Featuring songs by Grammy and Tony winning pop icon, Cyndi Lauper, audience’s will be in for a treat for both the eyes and ears!

Thanks to the fantastic ensemble cast and musical direction and choreography by two-time Tony Award-winner, Jerry Mitchell (best known for work on Legally Blonde & Hairspray), Kinky Boots has not only won three WhatsOnStage Awards but was also named the London Evening Standard BBC Radio 2 Audience Award for the Best Musical.

So get ready for the feel-good musical of 2019 to sweep you off your feet and make you feel like anything really is possible, if only you put your mind to it!

get your kinky boots tickets using the promo code below:

The lovely team over at Venue Cymru have offered us an exclusive discount for Darwin Escapes guests and visitors only!

So if you want to treat that special someone in your life to the show of a lifetime or fancy an evening out with your friends, Kinky Boots on Valentine’s Day is the perfect answer! Just use the discount code below to get tickets for £25 each…

*This discount code is no longer valid*

Tickets are ON SALE now! Don’t miss out – reserve your seats for the hottest show in town at the Venue Cymru Box Office on 01492 872000 or visit their website for further details.

You can also catch Kinky Boots the Musical at the Birmingham Hippodrome from Monday 11th March to Saturday 23rd March!

Written by Annie Roberts • 22nd January 2019
share
back to blog