OMG you guys, Legally Blonde is like totally WOW!

With plenty of surprise factor, a superb soundtrack and an abundance of pink the Legally Blonde cast took to the stage in the Rhyl Pavilion for their opening night at the seaside theatre.

The romantic comedy which first started out as a book by Amanda Brown – who based it on her own experiences at Law School – was later turned into a film in 2001 before taking to Broadway in 2007 and the West End in 2009. It follows sorority sister Elle Woods who, after being dumped, changes her mind-set and puts down the shopping bags and picks up the books determined to somehow find herself a place at the prestigious Harvard Law School to try and win her ‘one true love’ back.

With the support of her friends and her beloved dog Bruiser, Elle heads on a journey which teaches her some of the most important life lessons.

Eurovision 2017 contestant, X Factor and theatre star, Lucie Jones took on the leading role of Elle Woods in this UK tour. She brought the typical bubbly personality we all love about Elle Woods to life on stage but added her own unique twist. Fans of the original film will notice the different take on the character, which was originally played by Reese Witherspoon in the well-known film of the same name, but Lucie really brought the sass to the show – and OMG you guys those vocals were just AMAZING.

I didn’t expect the show to be as funny as it was, there were so many comical moments both in song and during the performance that had the whole audience in fits of laughter. One particular scene where two of the male dancers come out dressed as angels filled the theatre with laughter – but I won’t give anymore away! Just keep an eye out for the scene!

The soundtrack to this life-affirming musical is just perfect in every way. There are a catalogue of tunes to get you up on your feet and leave you feeling on a high! From So Much Better to What You Want and Positive, the cast brought the energy to the high-impact performances and for those that like a good sing along, trust me, there were an abundance of catchy songs that you’ll definitely be singing for days after you’ve seen the show. 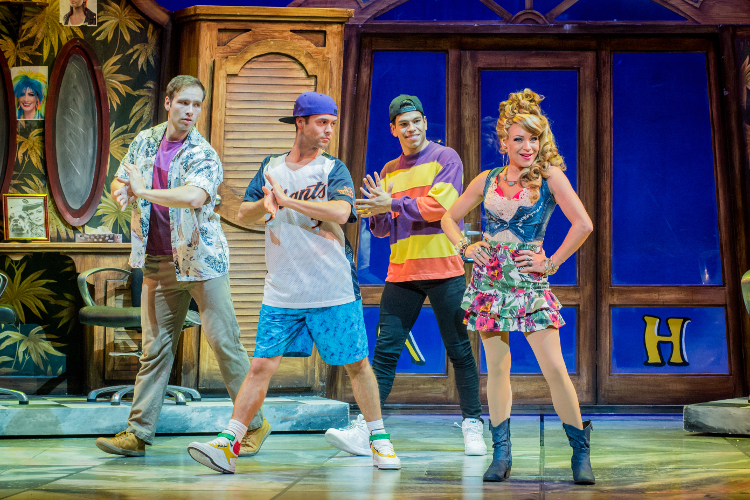 Rita Simons, best known as Roxy Mitchell in BBC’s EastEnders, played Paulette Bonafonte and performed some heartwarming scenes with Lucie’s character Elle. She was outrageously funny, completely full of confidence and provided plenty of comic moments for audiences. She definitely brought the fun to the party in bucket loads!

Those fans of Coronation Street and Emmerdale will be pleased to see Bill Ward in this upbeat musical. He took on the role of Professor Callahan, providing all the bravado and swagger you’d expect from his character. 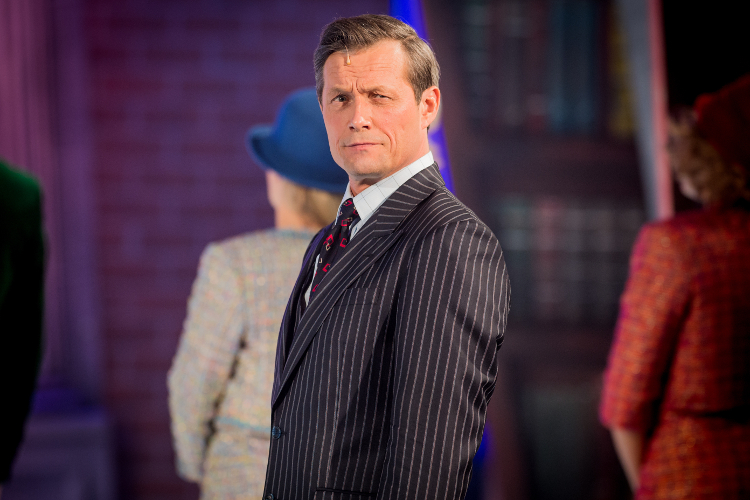 From the moment the curtain lifts Legally Blonde will push you into a world full of sparkles, pink items and cute dogs, providing plenty of fun along the way!

You don’t have to be familiar with the book or film to grasp the storyline. So just make sure to practice your best Bend & Snap and head along to Rhyl Pavilion to enjoy the uplifting musical while you can!

Legally Blonde will be at Rhyl Pavilion till Saturday 28th October. Don’t miss your chance to see the smash hit musical whilst it’s on the North Wales coast! Phone the Box Office on 01745 330000 or visit the Rhyl Pavilion website to book your tickets.

Written by Annie Roberts • 25th October 2017
share
back to blog