The hit West End and Broadway show makes a splash at Venue Cymru for family fun and songs galore! This family friendly show is packed full of songs, laughs and dancing, wowing audiences and getting everyone on their feet dancing away at Llandudno’s Venue Cymru this Summer.

Following the same storyline as the Oscar winning movie, you’ll go on a journey with Shrek and his trustful steed Donkey, to help save, the somewhat temperamental, Princess Fiona. Along the way you will meet lots of fairy-tale characters, including a 14 foot dragon, a dress wearing wolf and of course, Lord Farquaad himself.

Shrek the Musical has it all, keeping all ages entertained with quick wit and fantastically timed comedy, as well as exceptional dancing and jaw-dropping vocal performances from the cast during the spectacular musical numbers. 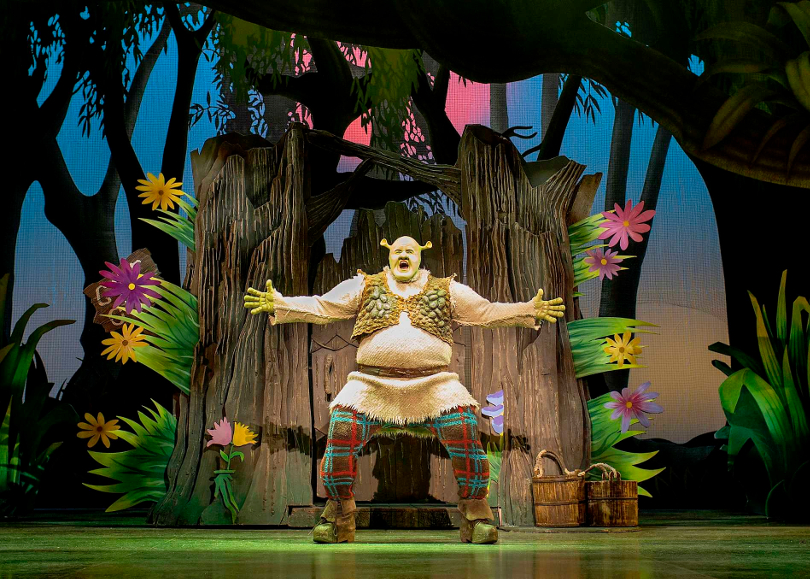 The cast was fantastic throughout, really having the whole crowd in stitches of laughter and singing along with them the whole way through. Steffan Harri, who portrayed the green ogre himself, was outstanding and never missed a beat while showcasing his full vocal range during the performance. 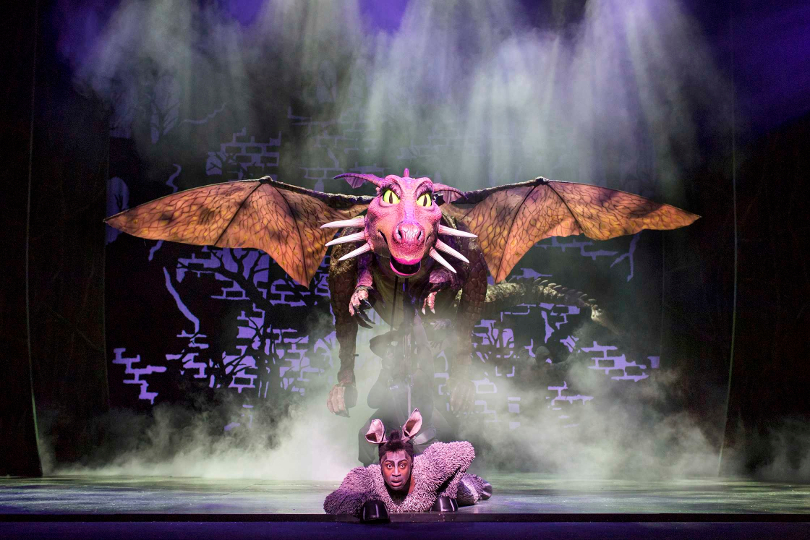 Jemma Revell played Princess Fiona and she was absolutely fantastic, hitting the tone perfectly with her sassiness and sweetness. Marcus Ayton was carrying the crown for Donkey and completely smashed the role, making it his own!

The outstanding performance of the night for me though, was Samuel Holmes as Lord Farquaad, as he managed to steal every scene he was in and had the audience rolling with laughter throughout and really shone during his fabulous musical numbers. His comedic timing is second to none and he really did make the whole show for me, having the audience laughing along with him (he even managed a sneaky homage to Wicked, which was quite clever!).

The supporting company of actors, who portrayed the fairy-tale characters including Pinocchio, Peter Pan, Gingerbread Man and the three little pigs, were also amazing and brought the house down with their ‘Freak Flag Fly’ anthem (which I have now downloaded, it’s such a feel-good song!). 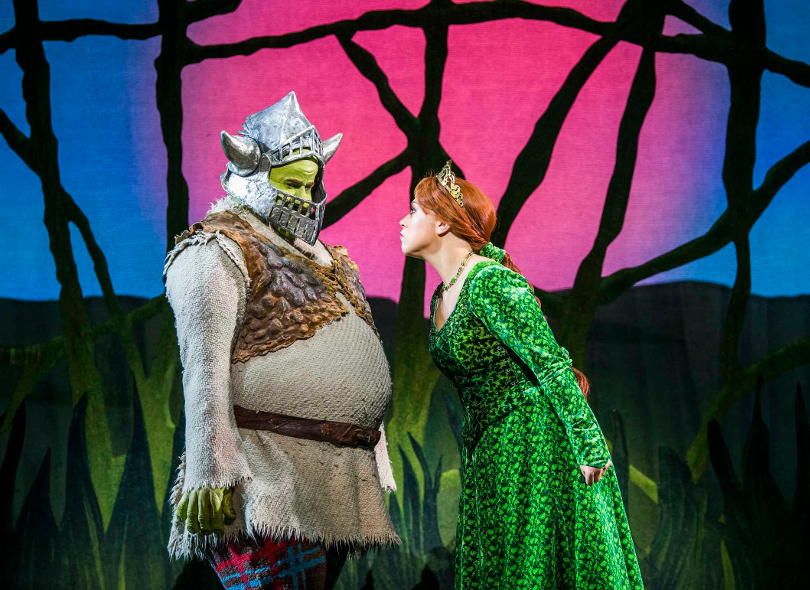 My favourite scene, personally, was definitely the Welcome to Duloc scene, which was so close to the movie and showed Lord Farquaad at his best, dancing around with his minions. It really did have me chuckling away for a long time after – plus the song is so catchy!

As a huge fan of the Shrek movie saga, I had high hopes for this production, and it did not disappoint. The stage, costumes and props really make you feel like you’re in Duloc, the show gained a standing ovation from the audience. It really is a must-see!

Do not miss Shrek the Musical at Venue Cymru, the production is there until Sunday 2nd September and tickets are available to purchase via the website or by calling the Box Office direct on 01492 872000.