Signatures: the best restaurant in Wales 2017

Aberconwy would like to offer a huge congratulations to Signatures, who have taken home this prestigious award for the second time!

The Signatures team attended the British Restaurant Awards 2017 on 14th June in London, where they were nominated for two awards, the Best Restaurant in Wales and the Best Restaurant of the Year. Joining world famous names, such as Jamie Oliver, Gordon Ramsey and Marco Pierre-White on the list of nominees, it is a huge achievement just to be nominated and is thoroughly well-deserved for such a hardworking and passionate team!

In 2013 Signatures won the Best Restaurant in Wales Award, and have gone on to win a number of awards since, including the coveted AA Rosette Award. For a list of their awards in 2016, see our post here – there are quite a few!

At the awards, Executive Chef and owner Jimmy, along with his wife and co-owner Louise, were joined by Head Chef Sonny Walker and his wife Monika, all looking spectacular we must say! 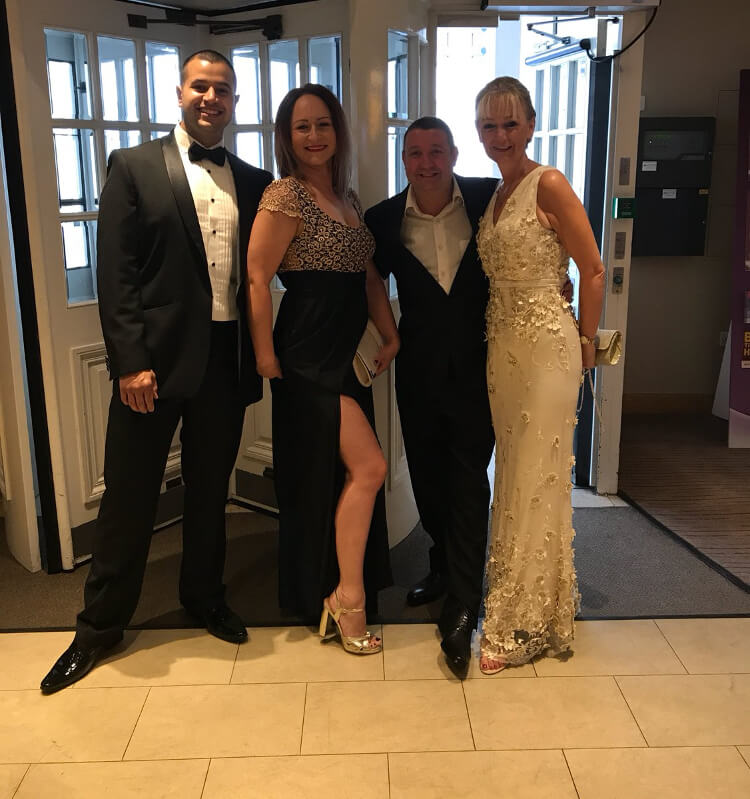 Winning the award means so much to the Signatures team, Jimmy shared a picture of the award via his social media channels… 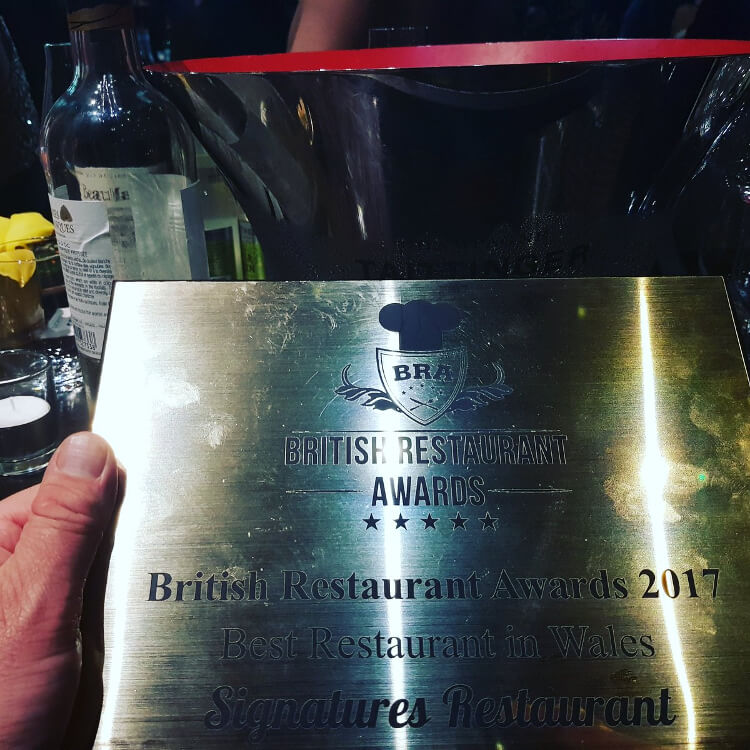 Aberconwy Resort & Spa is proud to be the home of Signatures Restaurant, creating a place for mouth-watering dishes in breath-taking surroundings. Being on the doorstep of the Conwy Morfa beach and with the dramatic Snowdonia Mountain Range as a backdrop. Make sure to visit this wonderful team, bask in the surroundings and taste the decadent and award-winning food!