Jump aboard the Jolly Roger and set sail for Neverland at Llandudno’s Christmas Pantomime. Panto season is upon us and the annual launch of the Llandudno showstopper has taken place in preparation for the festive madness to begin…

This year’s Venue Cymru Christmas bonanza will take audiences into Neverland to experience the childhood classic of Peter Pan live on stage. Featuring the well-known characters from the iconic J M Barrie novel and the addition of a panto Dame and a Mermaid (of course covered in sequined and glitter galore), this year’s annual family panto is promised to come back with that added sparkle!

Former Coronation Street star Ryan Thomas will swap the cobbles for the theatre stage donning his best hook and Pirate costume to take on this year’s panto baddie Captain Hook.

The 32-year-old made his pantomime debut last year as Prince Charming in Cinderella but will now be turning from good guy to bad guy to take on the role of Hook who is determined to hunt down Peter Pan and his gang of Lost Boys.

Salford-born Ryan burst onto our television screens on Christmas Day in 2000 and it was only last year that the actor decided to spread his acting wings from soap land into other avenues. He’s recently starred on the Celebrity Island with Bear Grylls 2017 (which we won’t spoil for those of you still yet to see it!). He’s now hoping to bring the surprise factor when he takes to the stage in Llandudno in December. 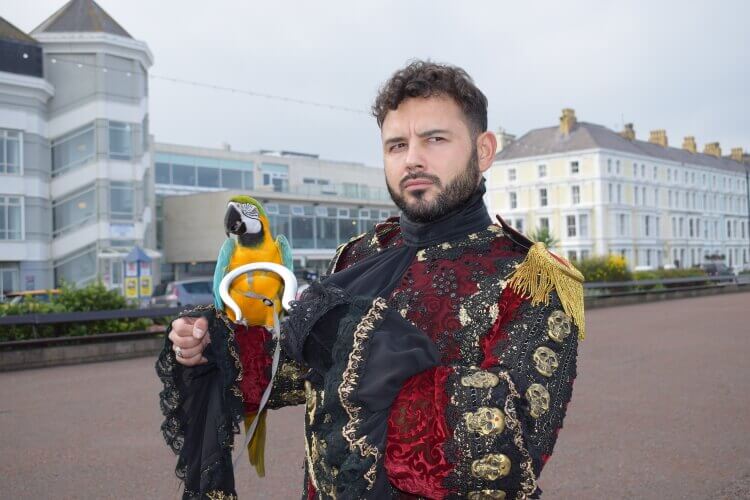 sequins, sparkles and the return of a dame can only mean one thing… christmas is on its way!

Ryan of course won’t be alone, so get ready to witness even more outrageous costumes and experience plenty of laughs when much-loved local resident Dame, Andy Jones (Mrs Smee) makes his return to Venue Cymru, especially after his hilarious comedy routines in last year’s Aladdin! This year will mark his 36th panto appearance – so with plenty of experience behind him and an abundance of elaborate getup’s, you know you’re in for a treat when Andy is involved!

Also joining the stage for the 2017 panto will be Birkenhead-born actress, Pauline Daniels who has a string of accolades to her name, performing in theatres across the UK for over thirty years! She’s also known for her tv roles in shows such as Brookside and Blue Murder and for singing her way through various musicals such as Chicago and Gypsy with the Philharmonic Orchestra. Pauline will be taking on the role of Mimi the Magical Mermaid and I’m sure she too will have a fantastic choice of costumes! 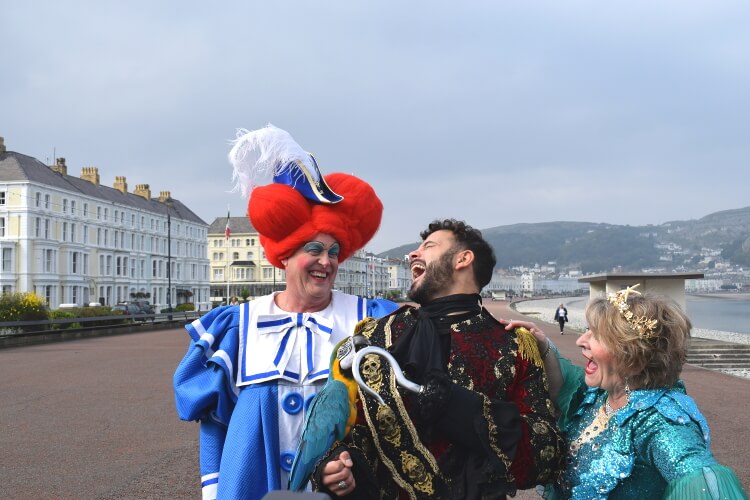 The trio were getting on like a house on fire at the press launch, with plenty of comical humour between them and Ryan even managed to keep Goldie the parrot in check! So if that’s anything to go by audiences will be delighted with this year’s Christmas spectacular! It’s one not to miss.

Peter Pan will be at Venue Cymru in Llandudno from December 9 to 31. So if you’re at our Aberconwy Resort & Spa or you’re planning to book a holiday at one of our other stunning parks in North Wales this December then why not get your festive frock on and join in the pantomime booing at Venue Cymru!

Tickets are available from the Venue Cymru website or via the Box Office by phoning 01492 872000.

Written by Annie Roberts • 2nd October 2017
share
back to blog