Christmas comes early to the North Wales coast as Sleeping Beauty panto launches in Llandudno. Here at Darwin Escapes, we LOVE Christmas so when we were asked to attend this year’s Venue Cymru pantomime launch in Llandudno, how could we say no?

It may be a bit early to start talking about the festive season but in the theatre calendar pantomime is a BIG thing so it’s Christmas all year round as far as we are concerned! 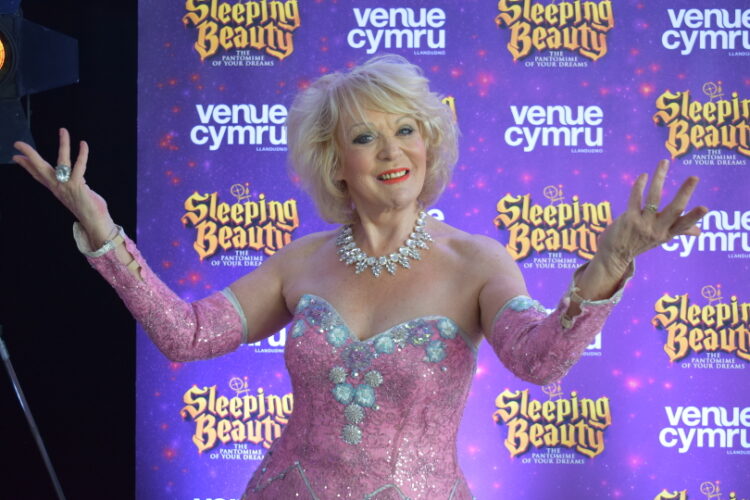 Sherrie will be playing Nurse Temple Savage in the 2019 pantomime and returns to the theatre following her recent role in Benidorm Live which visited the coastal town earlier this year, The star is best known for her roles on Coronation Street, Emmerdale and of course the legendary Carry On films.

Sherrie even announced during the launch that she is planning to make North Wales her permanent home this year so we hope to see plenty more of her!

Talking about her pantomime experience Sherrie said: “I’ve done lots of them. I think the first one was Russ Abbott in Southampton. Then, of course, I used to play Jack as principal boy.

“I did play a Dame once. It was disastrous. If you’re a woman, it doesn’t work. So there has to be some tradition left.” 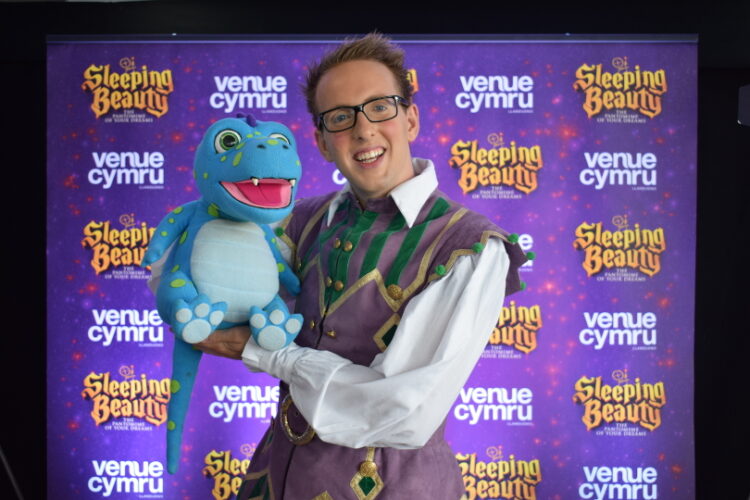 Joining Sherrie on stage will be Kieran Powell as Muddles. He will also be bringing along some friends. He has featured on Britain’s Got Talent and appeared in London’s West End and will be bringing ventriloquism to this year’s production. We were treated to a sneak peek of what to expect with a brief rendition of Sweet Caroline by Dave the Dinosaur. 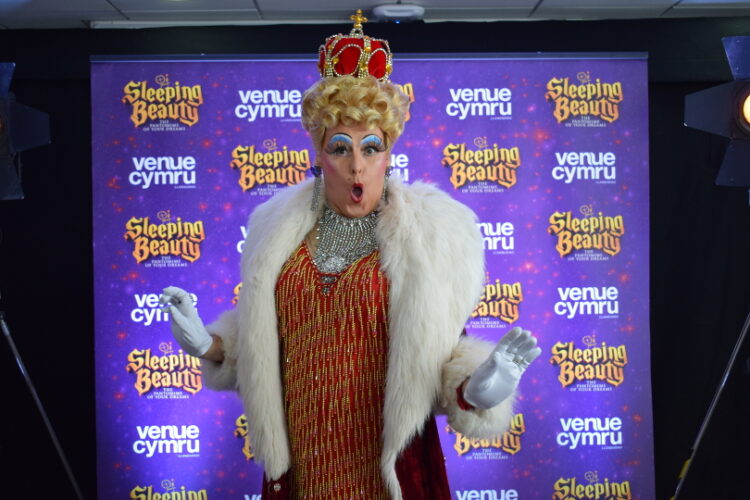 Nigel Ellacott will also be joining the cast as this year’s beloved Dame. With 45 years in pantomime, Sleeping Beauty will mark his fourth at Venue Cymru. He is previously known for a 28-year partnership with Peter Robbins as the Ugly Sisters.

His outfit at the press launch was just a small glimpse into the array of fabulous frocks he has in store for his December performance, all of which are made by himself!

At the press launch when being asked which he prefers, either working with a partner or on his own Nigel Ellacott replied: “I prefer the Queen in Sleeping Beauty because the last time I did it here, (was) with the lovely John Evans and we had such a ball, we had such a gorgeous time. It’s a fabulous story and it’s just pure magic!”

Sarah Ecob, Venue Cymru’s General Manager said: “Panto is such an important part of people’s Christmas’ and giving them a first class show is paramount, this casting is only going to reiterate what our audiences have come to expect and love from a Qdos Entertainment Production.”

So if the launch is anything to go by, you’ll be in for a comedy filled and magical treat when you see Sleeping Beauty this December!

Once again the little elves at Venue Cymru have offered a festive treat to all of our Darwin Escapes owners and holiday guests. That’s right… an exclusive discount for the 2019 Christmas pantomime!

If you’re looking to stay with us at one of our North Wales holiday resorts this December then you’ll not want to miss the Sleeping Beauty pantomime extravaganza featuring the one and only Sherrie Hewson!

Sleeping Beauty promises to bring plenty of fun, laughter and family entertainment to the seaside town of Llandudno from December 7th to 29th. Book your tickets today via the Venue Cymru Box Office on 01492 872000 or visit their website.

Written by Annie Roberts • 26th June 2019
share
back to blog